Key cryptocurrencies have fallen significantly since the beginning of the year, with bitcoin down 40% and etherium down 53%.

The market is only in its infancy

The cryptocurrency market is in its infancy and will grow at an insane pace over the next 7-10 years. The current state of the industry can be compared to the Internet in 2002, when many people already used it, but it hasn’t become fully widespread yet.

If you ask your friends if they have any cryptocurrency or if they know how to buy NFT – most of them will look at you as at a person who talks about some incomprehensible things, because there is no mass perception of crypto by the society. The reaction will be totally different if you ask your acquaintances if they have a bank account or if they have Internet. People no longer understand how to live without it; these things are close to them.

The starting point for the development of the cryptocurrency industry can be considered 2017. At that time, there was massive interest in etherium, and the first ICOs began to take place. However, we are only in the middle of the introduction of cryptocurrencies. The real mass use of them will start in 2027. And by 2032, crypto will be used by almost everyone.

The capitalization of the stock market is now about $70 trillion, while cryptocurrencies are at $1.5 trillion. In the coming years, it is possible that the total value of cryptocurrencies will grow by 70 times.

Which coins to invest in

The hardest part is not figuring out the crypto world, but taking the first step and getting into it. That is to buy the first token. When an investor has already bought his first asset, he starts reading articles, learning how the industry is organized, where else he can invest.

To invest, one should choose infrastructure projects, on the basis of which the entire industry will be built. Bitcoin is digital gold, it should be held, interest in it will remain. Also, you should hold on to ethereum, which acts as a distributed computer. It has a well-developed ecosystem, with a lot of applications built on it. As the volume of transactions on etherium increases, the price of the coin will go up.

Bitcoin and Etherium are the 2 major cryptocurrencies. If you are willing to add risk, you can buy Solana, NEAR, Cosmos, Polkadot. Also pay attention to Filecoin, it is a “long time builder” that is finally starting to develop.

How to pick promising projects

There are many applied cryptocurrencies related to practical projects. For example, you can play games in Sandbox project, it is aimed at the development of the meta universe. Uniswap is created to provide exchange of various cryptocurrencies. Aave is used for lending.

You should also be aware that investing in such tokens is very risky. When buying them, you should be prepared for significant drawdowns. For example, I like the way Sandbox token develops, how it creates a meta universe. However, at the beginning of the year it was worth almost $6, and now it’s down to $1.35.

Why cryptocurrencies are falling

If investors see impending economic difficulties, they sell high-risk assets and move into low-risk ones. Since cryptocurrencies are considered the riskiest form of investment, we expect to see an exit from them. Therefore, crypto from its current performance could still fall in value.

But this is exactly the time when you should not sell shares and crypto-assets, but instead look for undervalued ones that have further growth prospects.

Investments in cryptocurrency should be perceived as long-term, with a horizon of at least 3-5 years. Then situational fluctuations can be disregarded.

Is it worth to buy Luna now

For some reason people often buy assets that aren’t very good. That was the case with Dogecoin, Shiba Inu. Now many people are interested in Luna, the value of which has fallen almost to zero.

It is not clear whether the authors of the project will try to reanimate it at all, because this will require investing several billion dollars. And here the question arises why do it, if you can run a new and more interesting project. Therefore, it is better for investors to look for something alive, which will develop, than dead, trying to resurrect.

Avalanche is a great project that is currently ranked #10 in the top cryptocurrencies. Many are talking about its further growth and a huge jump in price. Maybe we won’t see such huge price increases anymore, but we can be sure about the exact further growth of the coin. It will have to reach the level of Solana and Luna in the near future according to many analysts.

The community is very optimistic about this coin now. 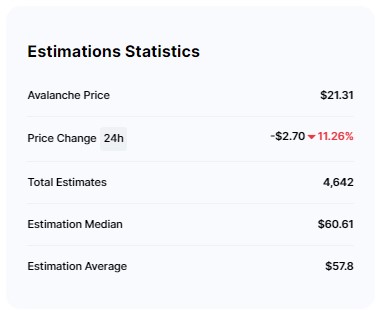 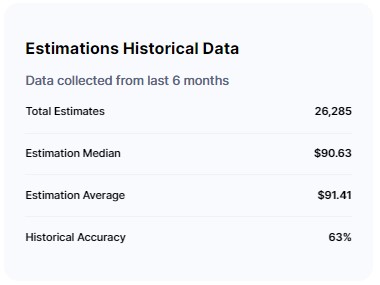 Right now, the price of the coin is on the lower support level, which is a bullish signal. 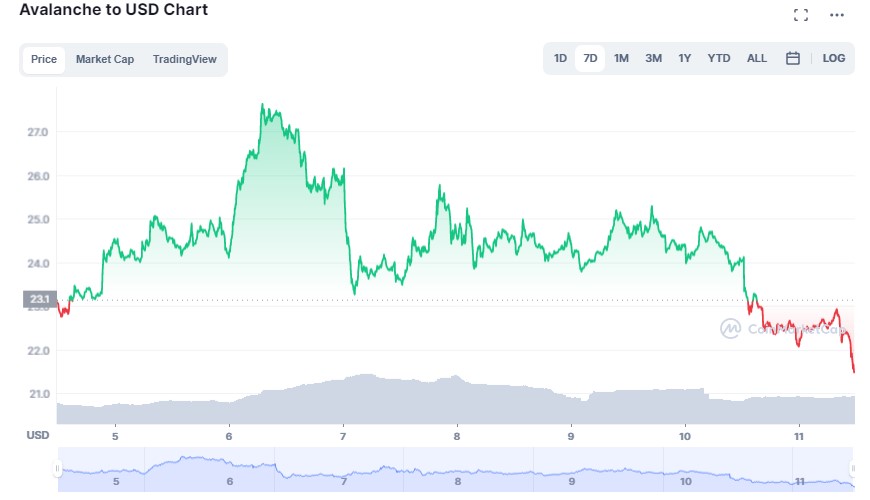 Highstreet is a new coin on the cryptocurrency market, which showed good growth after listing on Binance.

However, the token is now in a deep correction. Many people are already buying the coin, speaking well about the project, saying that it might be the last chance to buy the coin at such a price. Moreover, the project also specializes in the Metaworld and crypto games, which gives it even more chances and opportunities for growth.

Coin is on the 514th place in the top and capitalization is only $50 million. There is still room to grow and grow. 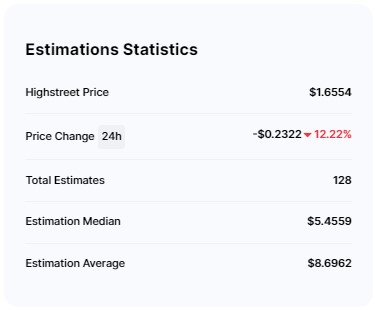 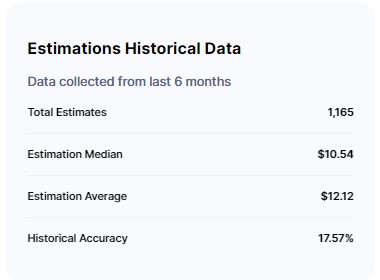 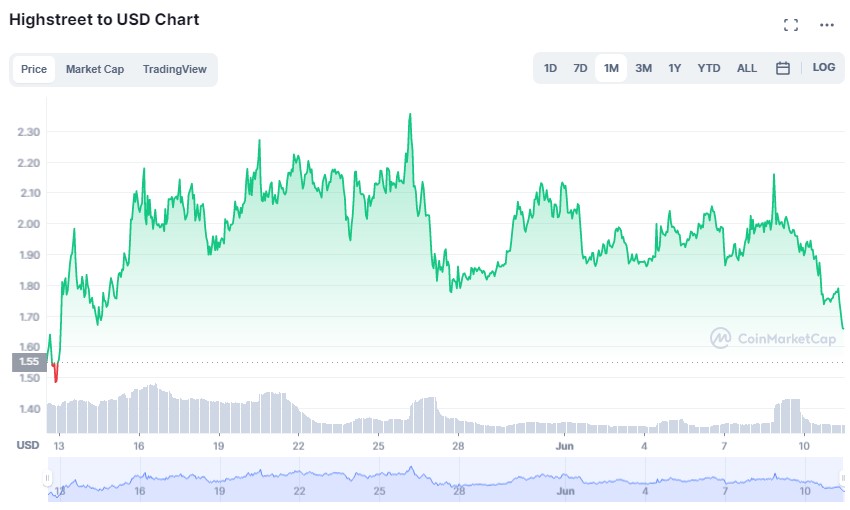 Uniswap is the 24th cryptocurrency in the top, standing next to such projects as Ethereum Classic, Stellar, Tron, Chainlink and Litecoin.

The coin is very interesting, at least in terms of technical analysis. The global chart shows a downward channel with bullish potential for reversal. With the overall growth of the crypto market, it is possible to get good X’s from this project. 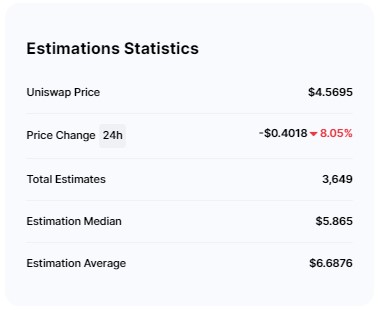 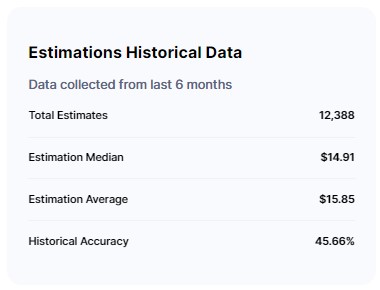 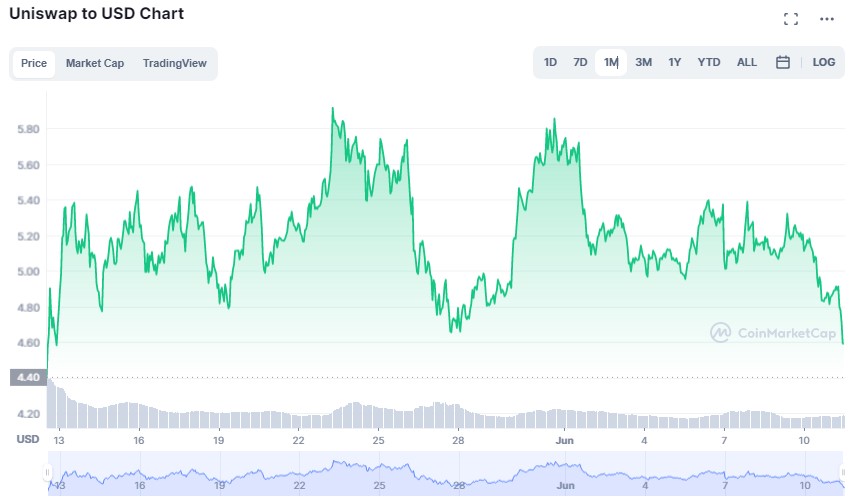 Elrond is in 39th place with a $3.5 billion market capitalization. A very large and active community. It showed good growth at the end of last year and is now in a correction. Meanwhile, it stands out as an extremely undervalued project.

In terms of technical analysis, the cryptocurrency is also at an excellent price to buy and can break out of the corridor with bullish growth upwards.

Cosmos – 22nd place and $7 billion. You can’t see any pronounced technical analysis figures on the global chart, but the coin is also in correction after falling almost 2 times from its peak.

Acts as a platform for launching cryptocurrency projects. The coin also uses the Proof of Stake protocol. This means that the coin does not have mining, but only staking. Now this protocol is extremely popular, as it is believed to help save the environment.

Bakery is a promising project. The coin is as much as 294th place and has a capitalization of 160 million dollars, and compared to the huge community that the project has (Twitter – 427 thousand subscribers), the cryptocurrency is very even undervalued and can become a great investment tool.

1inch is a cryptocurrency which is also in a big correction right now. It is in 111th place in the top with capitalization of 630 million (there is room to grow in the future).

We can note the active team of the project, which is constantly adding more and more features, having already built a whole ecosystem. The token has an exchanger, passive earnings, its own crypto wallet, which is available on IOS and Android.

IOTA is a coin in the top 100 coins and is ranked 56th. Its capitalization currently exceeds $1.8 billion. Like many other cryptocurrencies on this list, IOTA is in a big correction. You can see a resistance line that could be broken soon and a reversal of the price to the upside will begin.

Cardano is the largest coin on this list, which is in 9th place and capitalization reaches $32 billion. I don’t really like to mention cryptocurrencies that are at their peak price or already have a large capitalization, but ADA is a really good project and investing will definitely benefit you along with the overall growth of the crypto market. However, the coin is in a correction and buying it now will be almost a must. 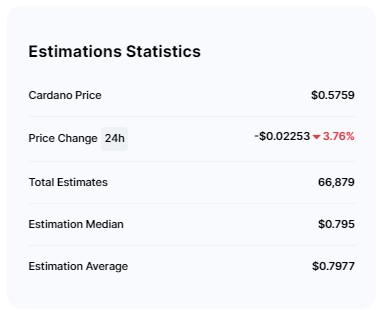 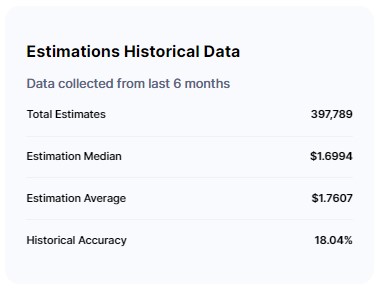 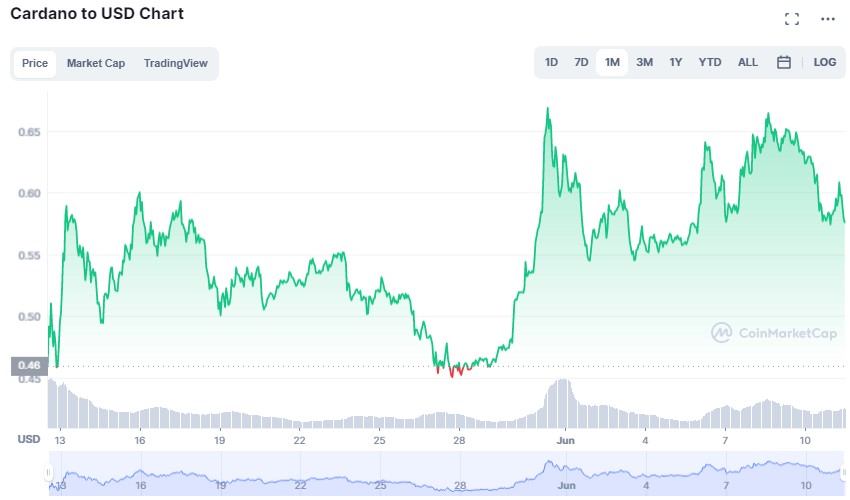 Illuvium is the last coin on the list that is not that far from the top 100 cryptocurrencies at the moment. It is 158th on the top and has a capitalization of $350 million.

Illuvium is an open-world game with nft characters in the Illuvium Play-to-earn (play and earn) style.