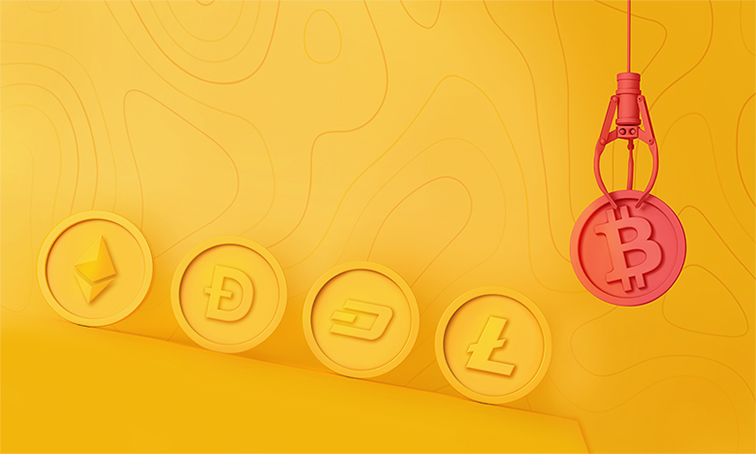 Investors are well aware of the strong volatility of bitcoin and other cryptocurrencies. But not everyone understands that unscrupulous traders are behind this. They own automated programs or bots.

Trading algorithms are actively used in traditional markets – for example, in the stock market. Bots for trading cryptocurrencies can be created independently or purchased online. But the fundamental difference between cryptocurrency markets is the lack of supervision. Many such exchanges are not regulated at all. This gives scope for large-scale manipulation.

“Such activity has blossomed in the market,” said Andy Bromberg, co-founder of the CoinList platform for issuing new digital tokens.

Stefan Qin is a managing partner at Virgil Capital, a cryptocurrency hedge fund with $80 million in assets, whose algorithms are traded on dozens of exchanges around the world. According to him, he constantly has to play cat and mouse with the bots of unscrupulous competitors. So he compares the cryptocurrency market to the Wild West.

Virgil suffered losses on transactions with Etherium, the second most popular cryptocurrency, due to a bot that manipulated the market. He seems to have purposefully acted against the Virgil algorithm. The Fund specializes in arbitrage trading. It tracks the rates of a particular cryptocurrency on different exchanges. And he quickly buys it where the rate is lower. And sells where it is higher. At that time, Virgil was tracking the rates once a minute. But a few seconds before the next check, the enemy bot began to place an order for the sale of Etherium at a price lower than that of other sellers, forcing Virgil to try to purchase cryptocurrency from him. But the fund did not have time to do this, as the bot quickly canceled the order. As a result, the purchase order placed by Virgil was not executed, and the Etherium exchange rate on some other exchanges rose for a short time. As a result, Virgil changed its algorithm.

The strategy of this bot is similar to spoofing – when traders make false orders in order to then cancel them. This tactic allows you to create the impression that the supply or demand for an asset is greater than it actually is. In 2010, the United States declared it illegal in the stock and futures markets.

Since bitcoin was originally created as an alternative to government money, many of its supporters oppose the regulation of cryptocurrencies. Some openly encourage the manipulation of their courses. For example, Norwegian Kjetil Eilertsen created the program Quatloo Trader, which he calls “the best tool for manipulating cryptocurrencies.” In his opinion, it is useless to prohibit manipulation, so it is better to equalize the forces by giving all traders good tools for manipulation. “If everyone can do this, then no one is manipulating,” Eilertsen said in an interview.

But many other traders claim that unscrupulous tactics are slowing down the legalization of cryptocurrencies. “It hurts the reputation of the market and individual investors,” says Bromberg of CoinList.

Another method of manipulation is the “pump and dump” scheme: a trader convinces other market participants to buy a cryptocurrency, which increases its rate. And then the trader sells it. As a result, it makes a profit, and investors who bought the cryptocurrency at the peak suffer losses. Such a scheme is considered fraudulent and is prohibited in stock trading. The Wall Street Journal reported that the traders who implement it conducted operations for at least $825 million in six months.

Bots make it easier to manipulate cryptocurrency rates. For example, in Quatloo Trader there are special tools that allow you to automatically execute multiple strategies. The idea is that manipulating the market is as easy as pushing a button.

One of these tools is called “ping-pong” and allows traders to simultaneously execute orders to buy and sell cryptocurrencies from themselves. This creates the appearance of active trading of a certain cryptocurrency. In the stock and futures markets, such transactions are considered fictitious and are prohibited.

It is not known how long the Wild West environment will last. The U.S. Department of Justice and the U.S. Futures Trading Commission are investigating cryptocurrency manipulation, and the SEC is fighting fraudulent cryptocurrency initial public offerings (ICOs). And the founders of the Gemini cryptocurrency exchange, Cameron and Tyler Winklevoss are calling on industry participants to independently regulate it.

One of the users of Quatloo Trader was an American Ryan Wright, now living in Taiwan. He liked that the program allowed one person to trade simultaneously from multiple accounts: “It looks like people are buying and selling cryptocurrency, although, in reality, it is one person.” But Wright stopped using the Quatloo Trader, fearing growing regulatory scrutiny: “I don’t manipulate the market like I used to.”