The Rise of LUNA and Terra USD (UST)

In 2021, it was Cardano, Solana and Polkadot that attracted the attention of the crypto industry. In 2022, however, another player emerged. It overtook its competitors on the list by market capitalization: Terra with its token LUNA. LUNA has indeed grown in the last 30 days and recently reached its all-time high. But what’s behind Terra?

“Terra is all about one thing: decentralized stablecoin,” says Florian Wimmer, CEO of crypto startup Blockpit. By the way, Wimmer is a big fan of Terra and LUNA. And he not only invests in the token, but also acts as a validator on the network – and gets rewarded for it. 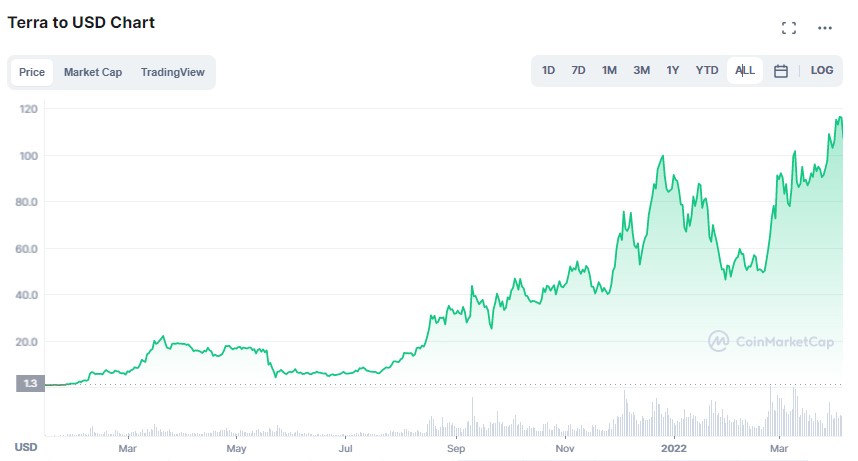 To understand Terra, you first need to understand how other centralized stackcoins work. Tether (USDT), USD Coin, or Binance Coin (BUSD) issuers guarantee that a number of tokens are backed by a certain amount of dollars or other assets (often debt). Such a system is often controversial. But in the end, users trust a single institution to cover the stackable tokens.

With Terra, things are different. Here, stablecoins, especially Terra USD (UST), are actually covered by the absence of LUNA tokens – essentially an algorithm, not some assets stored somewhere. You don’t need to deposit real dollars or anything like that for stabelcoins (on Terra, mind you). But you have to destroy LUNA to do so. “If LUNA is worth $100, and I want to create $100 worth of stablecoins, I have to destroy LUNA for the appropriate amount,” Wimmer explains. And that makes Terra even more challenging than other stablecoins, which are hardly tangible.

Ranked No. 7 on the list of top cryptocurrencies, Terra, founded in South Korea by Daniel Shin and Do Kwon through Terraform Labs, has created a real community spread around the world. And for good reason: LUNA supporters are well motivated if they participate in the network. There are about 130 validators in the network. They use their nodes to validate transactions.

“LUNA is like World Bank stocks. Every time someone makes a transaction and sends their stablecoin or LUNA from point A to point B, so-called taxes are collected. And that’s what LUNA players get. They actually participate and get shares in the system. And when the system grows, you get dividends, rewards for stacking not only in LUNA. But also in the form of stablecoin that get transferred,” Wimmer says.

The greater the demand for stablecoin, the more LUNA is destroyed. This makes the LUNA token deflationary and increases its value. This can be seen right now: the number of USTs on the market has increased in parallel with the rise in LUNA prices.

By the way, Terra is not a unique project. Iron Finance with its TITAN token also tried to create such an algorithmic stablecoin, but failed – the “stablecoin” depreciated in a short time.

More and more blockchain projects are working on Terra. More recently, C2X, a gaming platform from South Korea, attracted attention – it raised $25 million in a token sale. Among other things, this was done to continue the development and support of the Summoners War game. Famous players from the blockchain business joined the project. Namely FTX, Jump Crypto, Crypto.com, Galaxy Interactive and Huobi Ventures 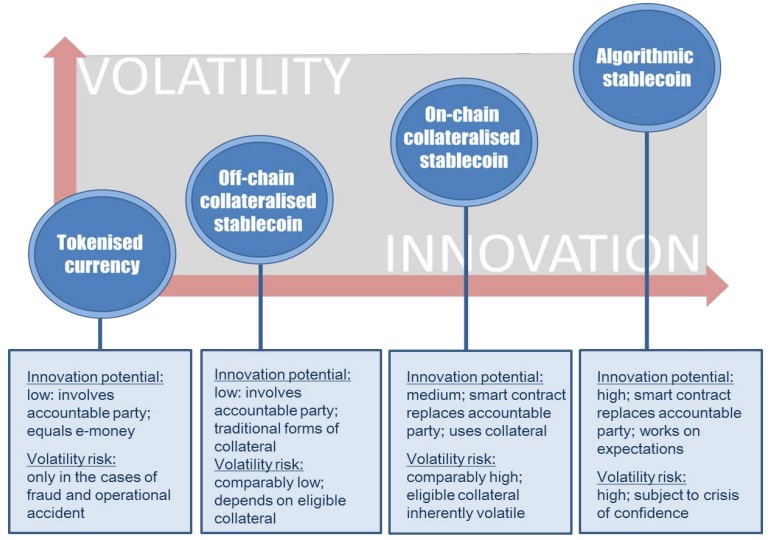 The level of decentralization

And with Terra, as with many other newer blockchains, the question arises: how decentralized is everything really? Terraform Labs deliberately centralizes a lot of decision-making power. That’s not necessarily a bad thing in and of itself. Because decentralization also has disadvantages, as seen for example in Ethereum. There, the transition to the energy-efficient Proof-of-Stake protocol is moving very slowly – although the initiator of the global upgrade is none other than Vitalik Buterin.

Terraform Labs co-founder Do Kwon owns a significant share of LUNA tokens, and he knows it well. After all, he could be a target for regulators seeking to control or slow down the stablecoin network. Kwon has allegedly foreseen this point: there is a system that will destroy all of Terraform Labs’ LUNA tokens at the push of a button – in favor of the value of all other project tokens that are already in circulation. The central Terra player would then drop out of the game – and the blockchain would be completely exposed to the free market.

It only took a few days to put the UST Stablecoin and its associated LUNA token out of business. After problems began over the weekend, the LUNA token plummeted and at times traded for as little as 2 cents, 99.99% less than its peak value.

In parallel, the Terra USD Stablecoin (UST) staggered and lost its 1:1 peg to the dollar. UST is currently only worth about 60 cents on cryptocurrency exchanges. Thus, “stabelcoin” has lost its central function and no longer lives up to its name.

Terraform Labs has proposed destroying UST by not producing new LUNA. The plan is to reduce the number of coins in circulation by 11%. This is a much more drastic measure: data shows that more than 12 billion new LUNA tokens were simply issued between May 11 and 12. This increased the number of tokens and should ensure that the market capitalization rises to a higher level again. Of course, with LUNA priced at a few cents, it takes a lot of tokens to get an asset out of the crisis.

Now the question is whether these LUNA tokens will hit the market, because someone has to buy them and exchange them back into stablecoin. It remains to be seen if these measures will help and if they will be adopted by the Terra community. The issue is still being voted on (“Proposition 1164”). 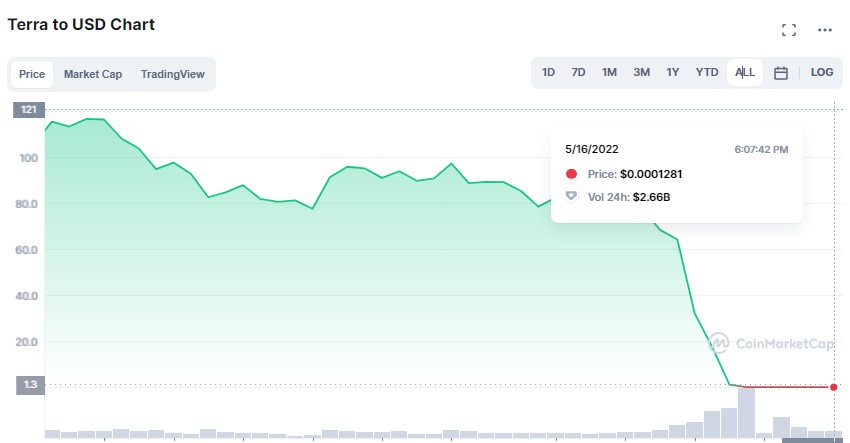 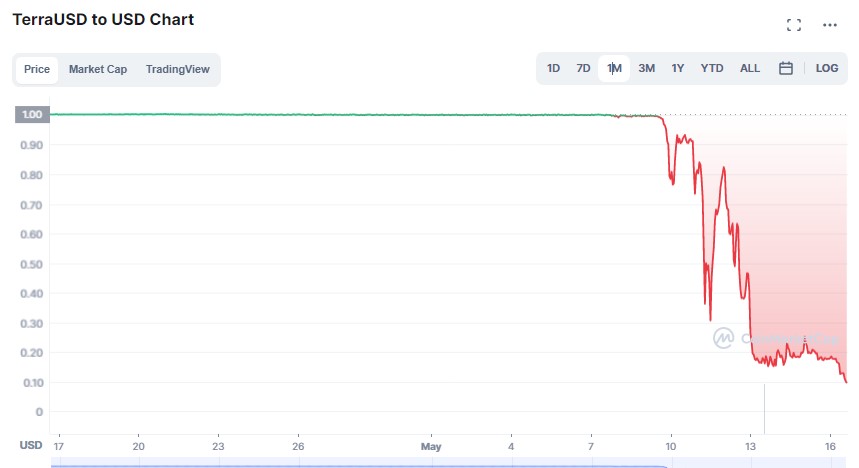 Version of what happened

Blackrock and Citadel had borrowed 100 thousand BTC from Gemini (it is written in their credit book).

They exchanged 25 thousand BTC for UST (all this was done quietly before the attack).

When the time came, they called Do Kwon of Terra Foundation and said they wanted to sell a lot of BTC for UST. Since it was a big deal, they told him they didn’t want to move the market, and asked if he wanted to buy their big block of BTC at a discount for UST.

Do Kwan took the bait. He gave them a huge chunk of UST, thereby significantly reducing UST liquidity in the liquidity pools.

At that point, Blackrock/Citadel immediately dumped all BTC and UST, causing massive slippage and triggering a cascade of forced sales of both assets.

The real problem was that Blackrock/Citadel knew that Anchor, which holds a lot of LUNA tokens, was a Ponzi scheme (they offer a 20% APY rate), and this collapse would cause more withdrawals than Anchor could repay. These forced withdrawals and sales will trigger a massive sell-off of Luna, leading to a breakdown of the $1 peg and further market disruption.

Blackrock and Citadel can now buy back BTC cheaply to repay the loan and get the difference.

Luna will be burned until the UST is restored to 1k1. They decided to sacrifice an asset to save the stack, this will continue until there is a 1k1 recovery, even if the moon is $0.1 it will still be dumped. Those who have a moon, my condolences» 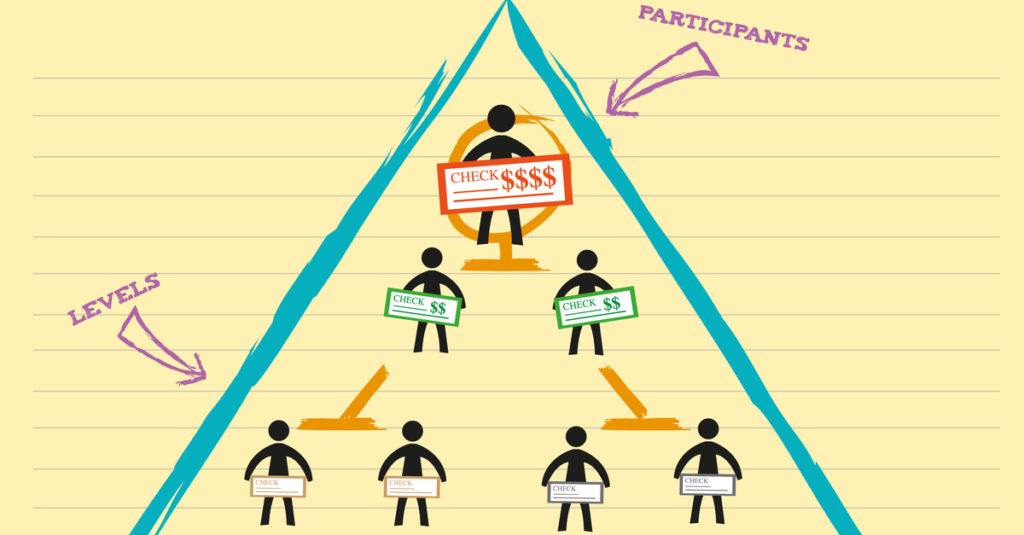 Is UST not the Terra founder’s first failed stablecoin?

CoinDesk investigated and found out that Terraform Labs CEO Do Kwon was one of the creators of the failed Basis Cash algorithmic.

Basis Cash (BAC) was founded by anonymous “Rick” and “Morty” in late 2020 and was supposed to maintain a peg to the dollar through an algorithm rather than asset collateral.

At first the Stablecoin seemed promising and even reached a TVL of $174 million… but eventually BAC failed to keep the price at $1 and rolled over, and Do Kwon distanced himself from the failed project, even though he was the source of most of the ideas in its creation

Conclusion: CoinDesk believes that in the current critical situation, investors simply need to know that UST is not Do Kwon’s first effort to create a robust algorithmic stablecoin. Indeed, in any craft, it is unusually important to keep a clean reputation, because shoals from the past can affect the future.

Terra LUNA’s offering reaches 25 billion tokens, of which about 24 billion have been minted today alone.